The Wight Brainy Bunch / About Us

Our journey started in February 2015….

After 6 months of Mark having what can only be described as “funny turns”, we spent his birthday in hospital waiting for a CT scan. What we had assumed for weeks would turn out to be an inner ear problem, in reality could be life threatening.

Following an MRI scan and multiple appointments at the Wessex Neurological Centre, we finally had our diagnosis and prognosis explained to us…. and our world fell apart!

The MRI had confirmed what was believed to be a low grade Oligodendroglioma; one of the rarer tumours, approximately 5x5cm in size, that had probably been growing for many years. We were told in no uncertain terms that whilst the tumour could be surgically removed, this was not a cure and that over time it would be likely to recur. We were also told that because of the tumours location, the 4 hour craniotomy would need to be performed while Mark was awake, so they could test his speech and motor skills throughout the procedure, as to do it under general anaesthetic would be too dangerous.

Research on the internet was scary and not something I would recommend… But… a few stark facts became very apparent:

The weeks that followed became a roller coaster ride of every possible emotion, as we prepared ourselves each week for surgery, only to be told ” it’s not this week”. We always thought of ourselves as quite strong people, but I think (actually I know), we both cried together (and many times alone, when we knew no-one could hear) more in those few weeks than any other time in our entire lives. 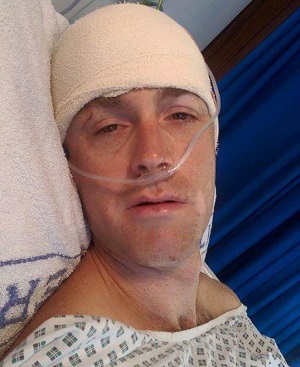 And then “the call came” and it was Marks week, and it all became a reality. He wanted to make sure he had seen everyone he loved, and I think in his own way had said his goodbyes (just in case).

Mark returned to the ward following surgery in tears. Initially I thought because the whole procedure had been so traumatic for him, but he managed to just say … he was happy!

The days that followed were hard! Harder than I had anticipated. Feeding, bathing, dressing and pumping him full of many medications every couple of hours…. along side school runs, kids teatimes, a young baby and general housework. He was there in body and the scar was healing well but it was not the Mark I knew. His speech had been badly affected; he tried to text friends and family but made no sense and he spoke in monotone with no expression or personality… nothing like the OCD, fitness freak, Jack the lad that I had married.

Mark was previously a fit and healthy 34 year old and we had everything we wanted in life… good jobs, a new house and a nine month old baby boy who doted on his daddy! You never think things like this will happen to you…. but things can change so quickly.

We realise that Mark was lucky in that he developed symptoms and sought treatment. These ticking time bombs can go undetected and grow to a significant size before displaying any symptoms so many sufferers are not so fortunate.

Marks tumour is not curable… but controllable. Given his age it is likely he will need to be treated again in the future with either further surgery, chemotherapy and/or Radiotherapy. But for now we can’t sit worrying about what might happen or what could have happened. It is our intention to live life to the full and do all we can to enjoy our family and make lots of memories …. None of us know what the future holds…..

Mark has done amazingly well. He has managed to return to work, full fitness and we have adjusted to what has become our “normal life”.

It has been our aim since that time, to give something back… Our first goal was to complete The Great South Run! For those of you that know Mark…. this was a personal challenge for him to get back to fitness and move on to a much greater goal. For those of you that know me (and have ever seen me run) …. you’ll know how hard I found this. But it is something we agreed to do together to help raise funds and awareness for this debilitating disease, that has changed out lives forever!

Mark went on to take part in the London Marathon in 2016 for The Brain Tumour Charity… unfortunately he was forced to withdraw at mile 23 due to injury. However was very pleased to get a second chance in 2017 and completed the gruelling 26.2 mile course in 2 hours 59 minutes. As well as this, we have completed many other fundraising events along the way, including vintage garden parties, car washes, a pop up pub quiz, murder mystery, road & trail race, a music concert, bingo night and annual black tie dinners.

We are committed to supporting our chosen charities, and also to provide a support network locally on the Isle of Wight to patients and their families who are living with the devastating effects of brain tumours… something we feel, through our own experience, is lacking on the Island.

We have a few events planned, but please do contact us if you feel you can help with any fundraising events …. but for now we would like to thank everyone for their continued support. 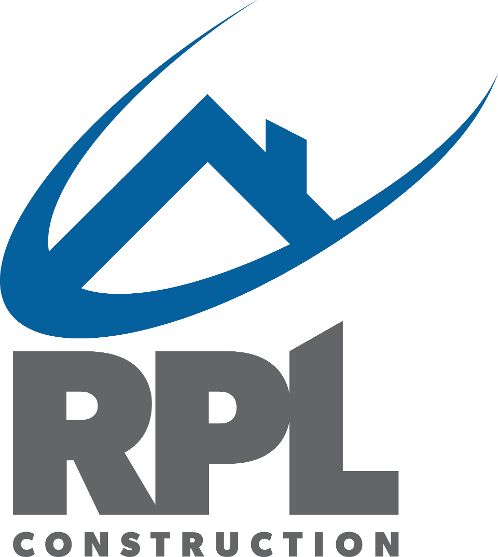 Linkedin
Copyright © 2016 The Wight Brainy Bunch - Registered Charity 1177562  |  Cookies  |  Sitemap  |  Site by The IOW Geek
Back to Top
We use cookies to ensure that we give you the best experience on our website. By clicking OK you confirm you agree to this, alternatively click read more to view our privacy policy.OKRead More